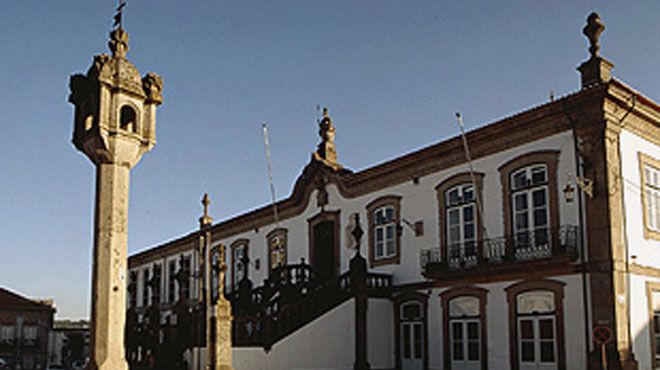 Apparently, king João I (reigned 1383-1433) was in Vila Real when he summoned Pedro de Meneses to appoint him the first governor and defender of Ceuta, recently conquered by the Portuguese.

The nobleman was playing pelota with some companions in arms and answered his summons with his gaming stick in hand. Asked by the monarch if he were prepared to accept the duty of defending the conquered city, he told king Pedro that he was and that he would even go armed with the gaming basket to repel the Moorish attacks. Having completed the pledge he made the king, Pedro de Meneses was granted the title Count of Vila Real.

The memory of this tradition remains included in the district´s symbols.