Situated in Belém next to the Museu de Marinha (Maritime Museum) and the Mosteiro dos Jerónimos, the Calouste Gulbenkian Planetarium was opened in 1965 and holds regular information sessions, with projections that help the general public to develop an understanding of astronomy. Recently redesigned, the Planetarium has the most modern equipment including a central sphere with 32 projectors of fixed stars. This makes it possible to present more than 9,000 stars in both of the celestial hemispheres, as well as the Milky Way, star clusters and nebulae. Also shown are the figures that are drawn by the constellations, and there are a number of auxiliary educational features.
Amongst other events, there are regular sessions given in various languages, special exhibitions for younger audiences and presentations related with certain periods of the year. Other services provided in this building include a Library with roughly a thousand different volumes and the Commander Conceição Silva Observatory, equipped with the most modern facilities, which can be used by amateur astronomers.

Where to eat
Where to stay
Ver mapa
Bar 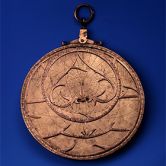