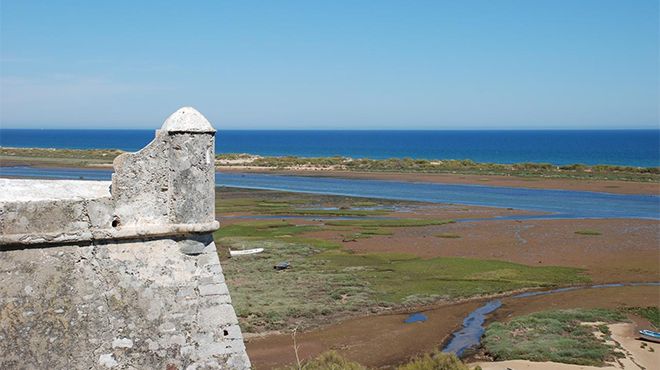 Cacela Velha is a small coastal town in the southern reaches of the Algarve coastline. It lies in the Ria Formosa Natural Park and grew primarily during the 17th century when it formed part of the coastal defensive system and the Fort was constructed.

The site has thrown up evidence it has long been settled as a fishing port. Archaeological excavations have found an important Roman villa, an Almohade residential neighbourhood (12th to 13th centuries), visible at the Poço Antigo (Ancient Well) close to the Cacela waterfront, and a 14th century Christian cemetery. In 1283, king Dinis granted a Royal Charter to the settlement, highly indicative of its medieval economic and social importance. The historic centre of the town is made up of the Fort, the Matrix Church and an Almohade cistern.

The progressive silting up of the river and the devastation caused by the 1755 earthquake resulted in it losing its status as a town and consequent integration into Vila Real de Santo António.

Currently, it is well worth a visit for its magnificent vantage point out over the sea and the extensive sandy banks of the Formosa river.