About Useful Information Getting here 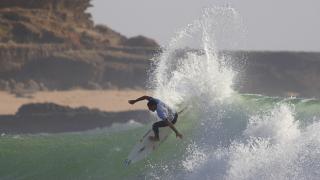 The route following the sea north of Lisbon is one of the most popular tours of the Portuguese coast. Along the way there are some great surprises, like Ericeira, a fishing village with a lot of tradition linked to the sea, now recognised as one of the world’s surfing reserves.

At sea, the daily work of the fishermen is only equalled by the habitual dedication and presence of surfers and bodyboarders, who find here a special refuge. The national champion, Tiago Pires, and many other surfers were born here and have made this small village in the municipality of Mafra known. It currently hosts world championships such as the WSL World Surf League Tour and Quik Silver Pro Portugal.

The characteristics of the sea and the coast, where tall cliffs alternate with small sandy coves, the preservation of Mediterranean natural habitats and the surf culture make Ericeira a destination for surfers from around the world.

The part of the coast that is considered by the American organisation Save the Waves Coalition as the 1st surfing reserve in Europe and the 2nd in the world is 8km long and includes beaches that are a worldwide reference point for surfers, such as Ribeira de Ilhas, the Baía dos Dois Irmãos, known by the community as Coxos, Empa beach in front of the village, and São Lourenço beach.

The diversity of waves provides various degrees of difficulty and therefore excellent conditions for practicing surfboard sports, be it at a professional or elementary level. The most challenging waves are at Pedra Branca, Reef, Ribeira d'Ilhas, Cave, Crazy Left, Coxos and São Lourenço. For those who want to get the adrenaline going in sea sports, there are several companies offering surfing lessons that can help you tackle your first waves or perfect your technique.

However, those coming to the village don’t have to be surfers to feel at home. Ericeira welcomes visitors from all over the world to its narrow streets and cosy atmosphere, its beach spirit and the feeling of being on holiday all year round.

The beaches close to the village or further away at Foz do Lizandro, are more sheltered and therefore suitable for families with children. You can also make short excursions nearby and visit the Aldeia Típica de José Franco, a miniature village in clay in the town of Sobreiro, and the Convent of Mafra that was the inspiration of Nobel Prizewinner for Literature, José Saramago, in Memorial of the Convent. It’s very close by, in the National Tapada of Mafra (Hunting Reserve), built by King D. João V for himself and his Court, after the construction of the convent in the 18th century, and is nowadays a relaxing place in which you can see fallow deer, deer, wild boar and other species of wildlife living in the wild.

Another suggestion linked to the protection of nature is to visit the Iberian Wolf Recovery Centre in Malveira, which is dedicated to an endangered species usually considered dangerous.

One of the biggest attractions of this region is its cuisine, full of traditional flavours of the sea. The fresh grilled fish is a must, but seafood is also very popular, particularly lobsters, which are raised in sea farms at Ericeira.

Brochures about the world surfing reserve (in Portuguese and English) and a Surf Guide are available on the Town Hall website - www.cm-mafra.pt.

Ericeira is about 40km from Lisbon, about half an hour by car.

From Lisbon airport, take the 2nd circular ring road to the IC 17 and then the A8 following signs to Mafra - Malveira. At Mafra, follow signs to Ericeira on the A21. 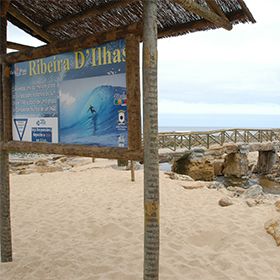 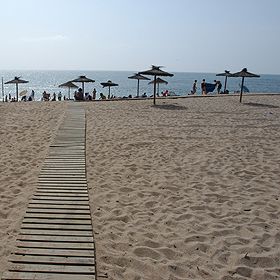 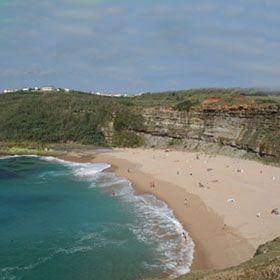 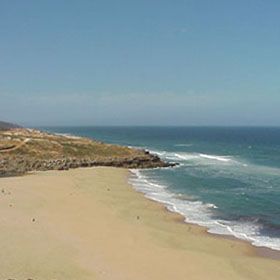 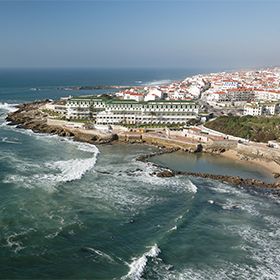 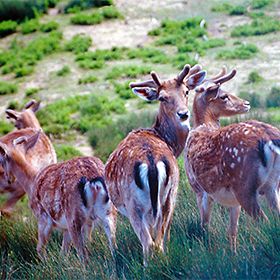 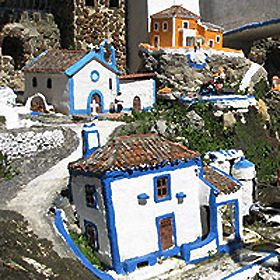 Capítulo Perfeito
The Perfect Chapter is a surfing contest that takes place on the best day of (...)
See all